BEHIND THE SCENES ON BLINDS2GO SPRING TVC CAMPAIGN

Behind the Scenes on Blinds2Go Spring TVC Campaign

Presenting the concept of ‘Made to Measure, Made Simple’, online made to measure blinds retailer Blinds2Go appointed Equinox to produce their Spring TV Commercial campaign, airing across digital and terrestrial channels from March 2019.

Filmed in Manchester, this concept required the creation of purpose-built sets to achieve the seven different household room scenes required to showcase the Blinds2Go window coverings. The build and preparation of the sets was conducted in the two days prior to the production shoot.

Directed by Andy Saunders, and featuring over 40 cast and crew, this campaign also included the production of a ‘Behind the Scenes’ content piece which offered both an alternative angle to the project and a valuable brand asset for Blinds2Go.

BRAND ASSET
The creation of the BTS footage provided a marketing tool for the ‘Amplification’ of the campaign. By introducing a real-life element to the main TV Commercial content, this brand asset was a perfect fit for distribution across social media channels prior to the launch of the campaign, leading to increased brand awareness, whilst presenting the brand audience and followers with an insight into the campaign activities. 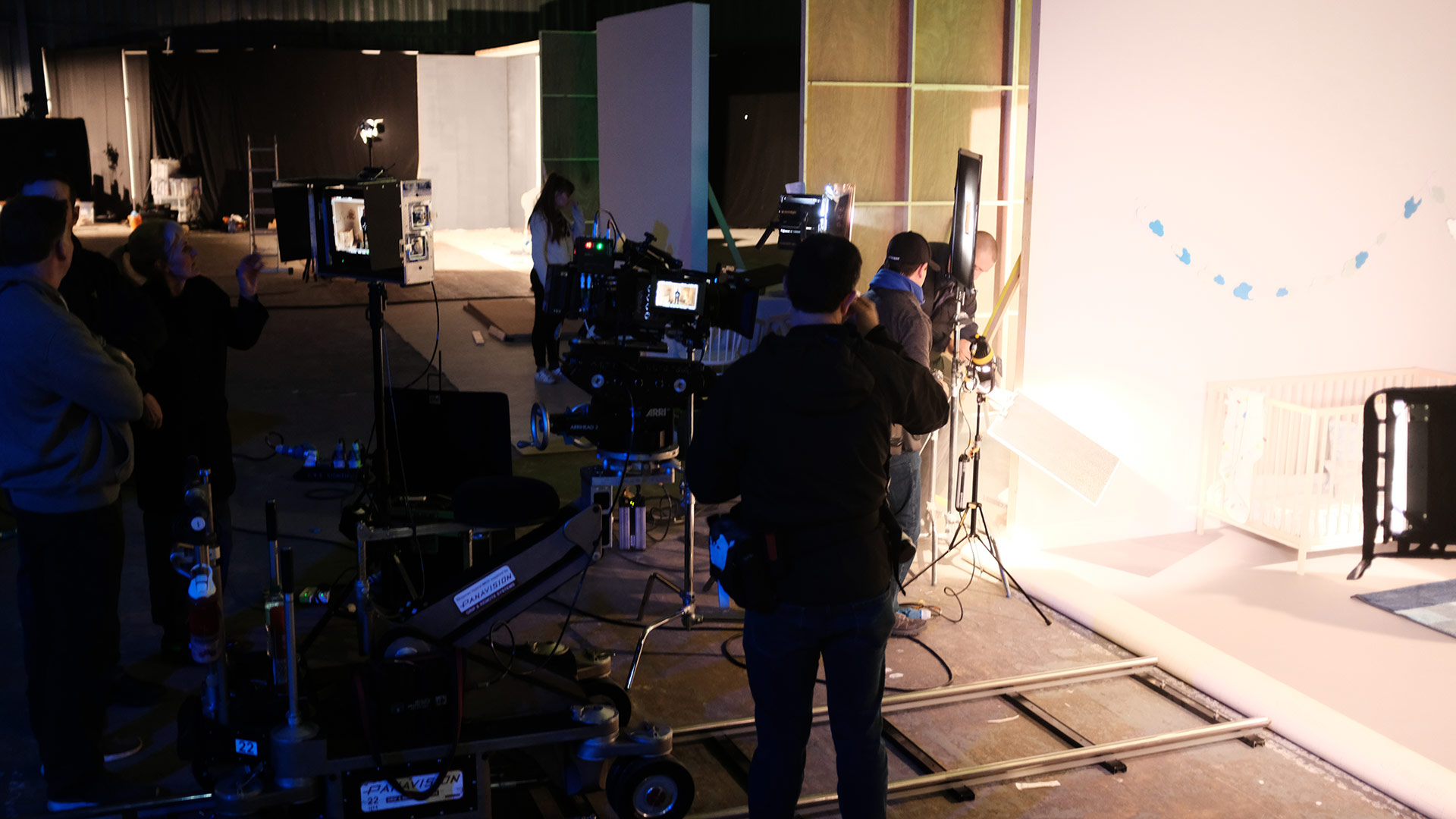 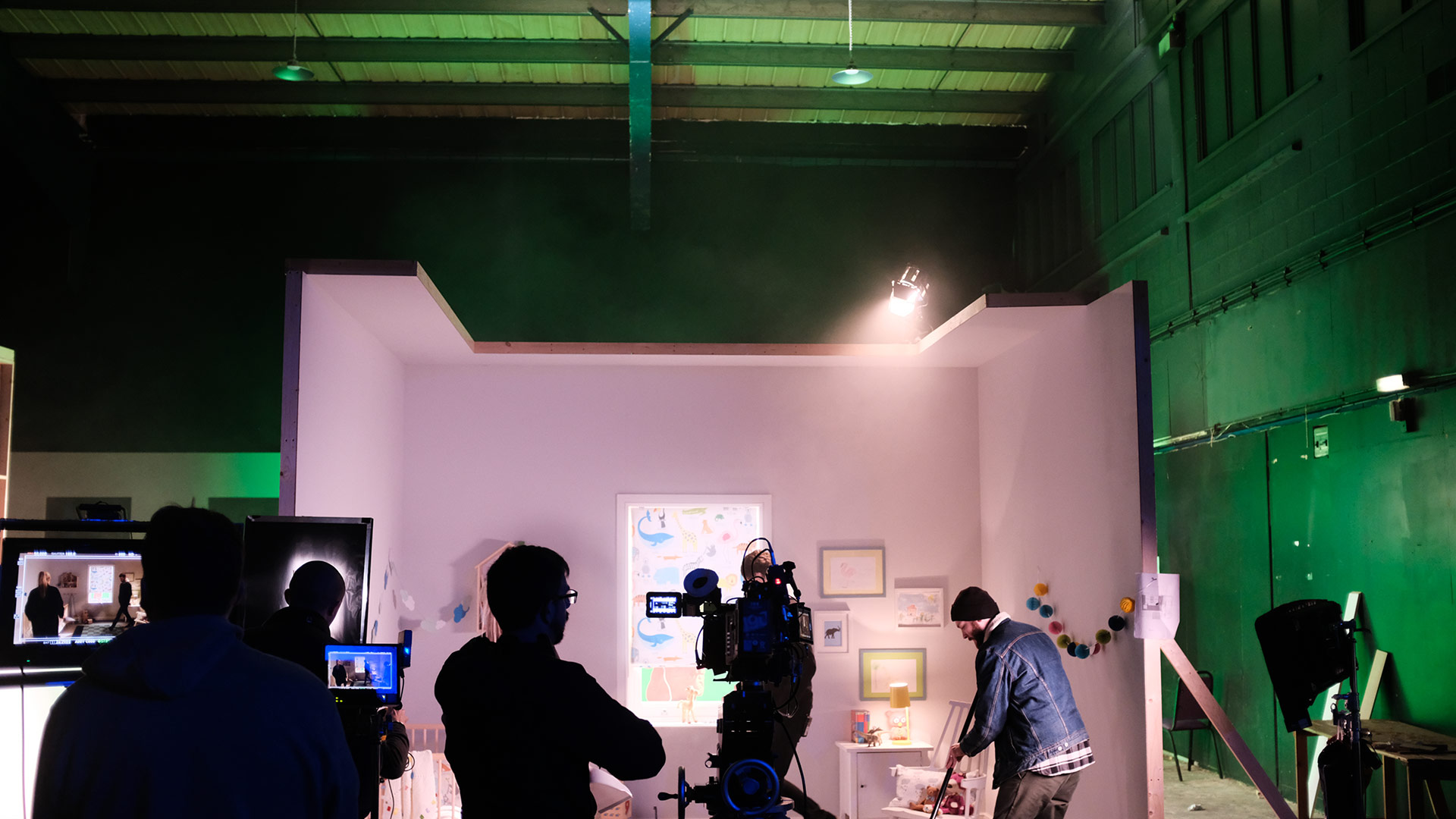 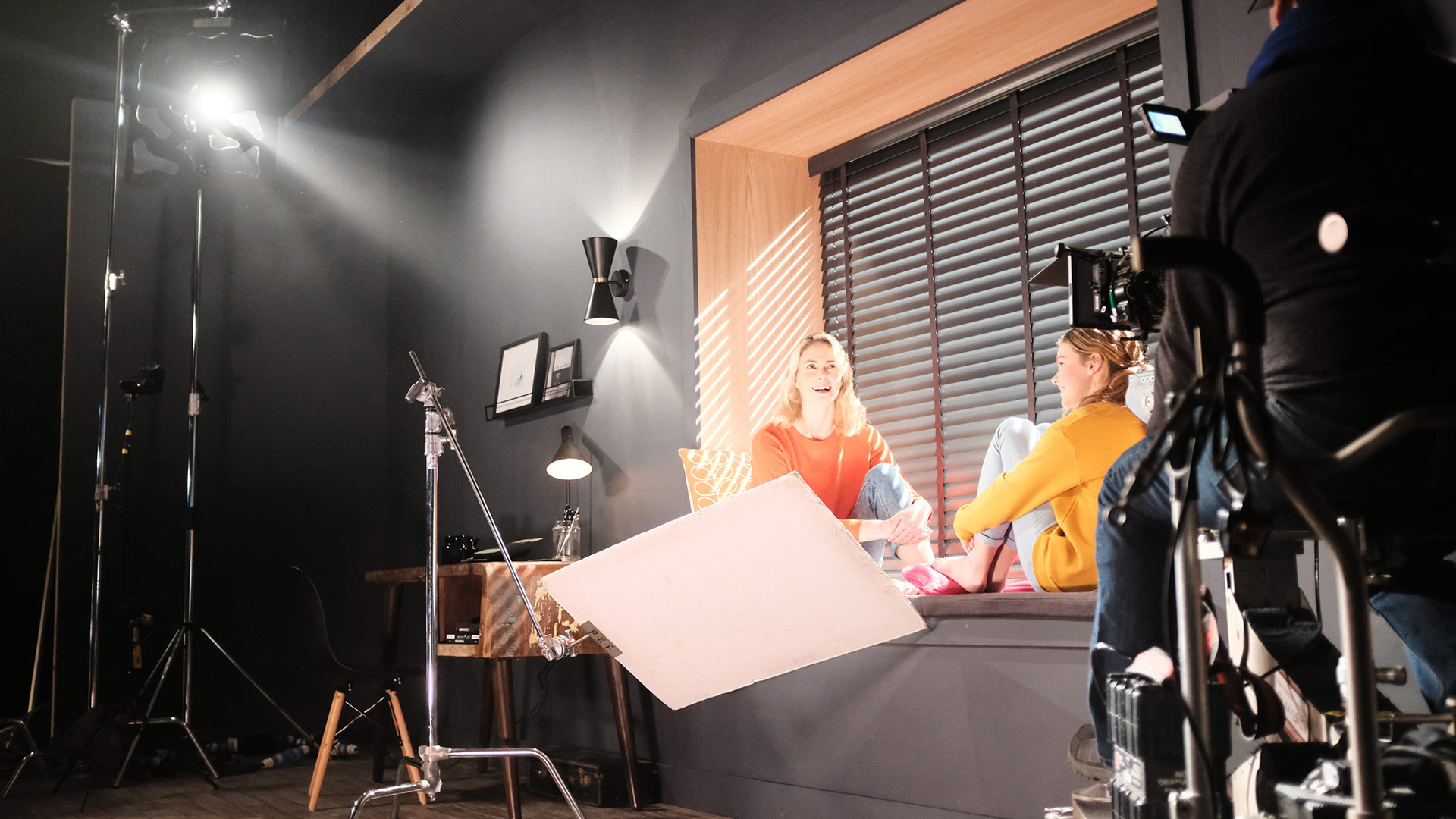 Check out the final Behind the Scenes content piece here. 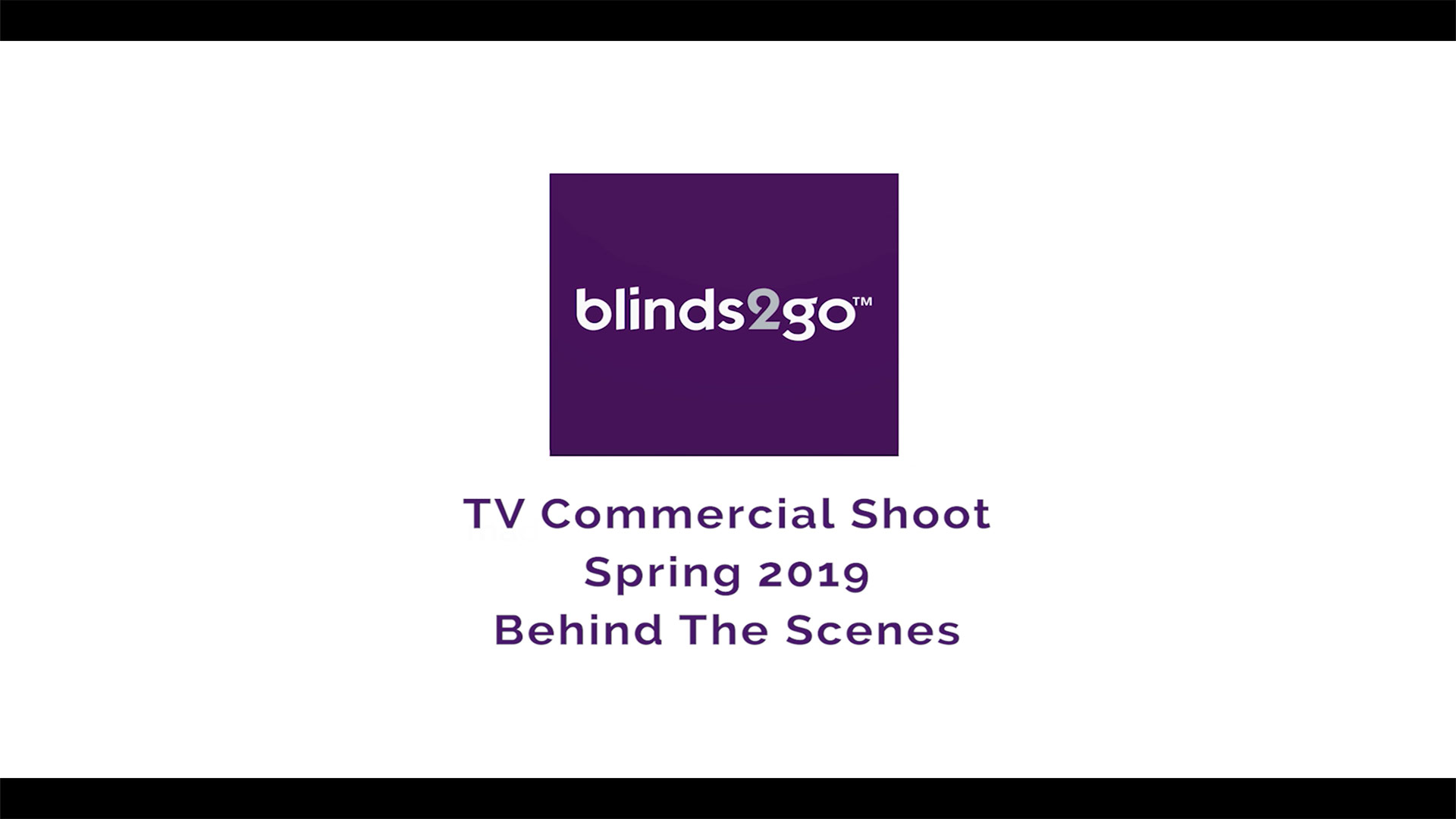 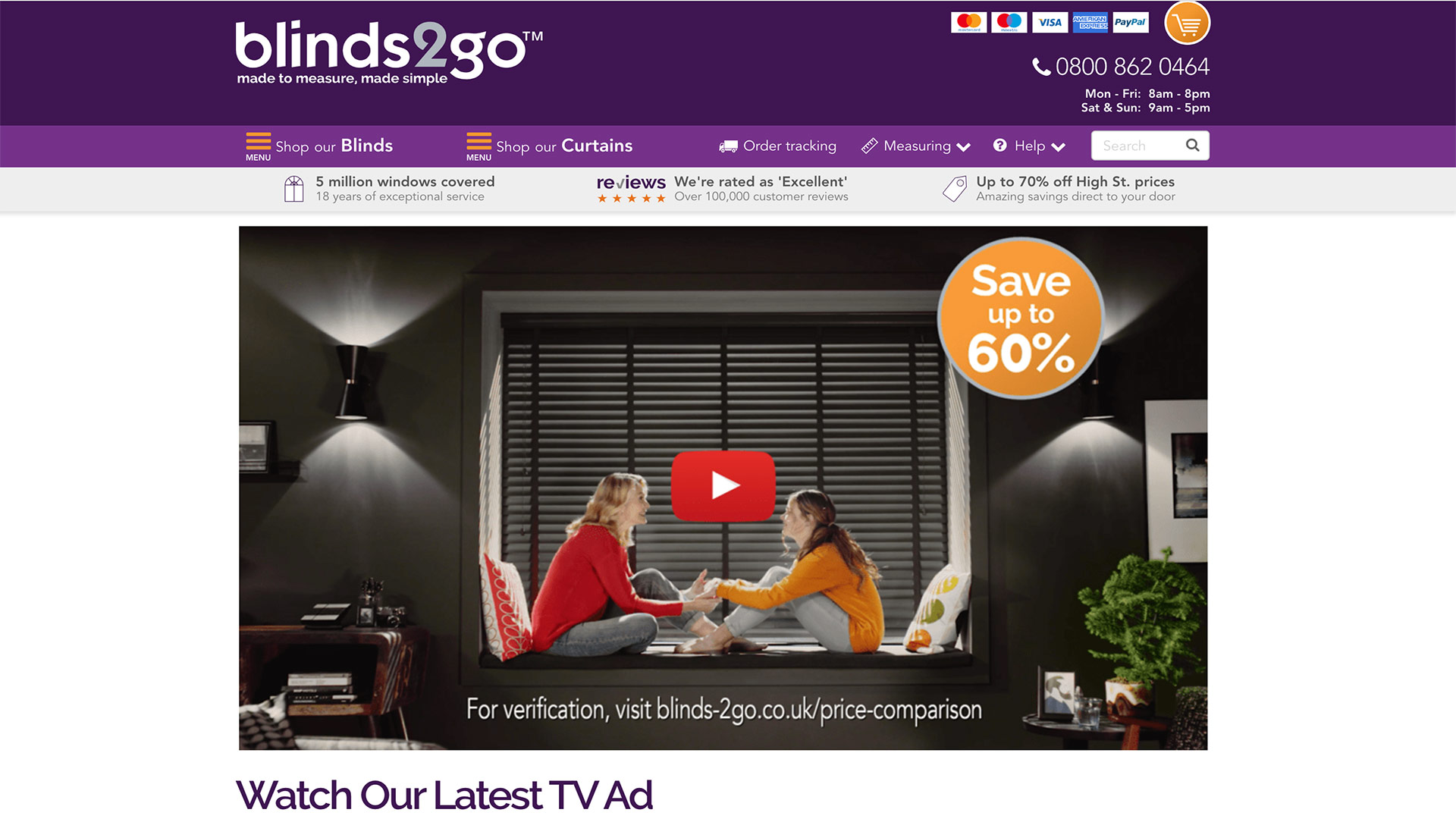